This ADS-R is a faithful reproduction of the first version of the legendary car from 1922. It is built by hand and assembled with more than 200 pieces of different materials, such as resin, metal, leather, wood and customised using different techniques such as moulds, 3D printing, laser cutting and engraving, photo-engraved metal and turned parts. Finally, these are assembled by hand to form the 1st Velasor reference.

I have looked around and I have not seen the car of my dreams, so I have decided to create it myself.

The Sascha was without a doubt the first modern racing automobile; lightweight, agile, manoeuverable, and with an engine that could eat up the laps. The car had details that were very rarely seen for the time, such as brakes on all four wheels. In those days the usual approach was only to fit them on the rear wheels, and two petrol tanks on the chassis structure, completely separate and installed just below the occupants, which ensured a better weight distribution and even lower centre of gravity. The engine was based on the four-cylinder and nearly 1,100 cm3 of the Sascha “street” car, but he used an aluminium block and cylinders to substitute elements from the original founding. The only part that remained in cast iron was the cylinder head. Porsche knew the particular behaviour of the fans and of sicilian bandits, determined to help their countrymen by placing stones in front of opponents if necessary. For this reason, and despite the fact that the national colours of Austria were red and white, they ordered the car painted completely red, “Italian” to ensure a smooth journey with no “patriotic” surprises. Following a suggestion by Kolowrat, who was a great fan of card games, every car was identified by suits from a poker deck. Neubauer would take diamonds, Kuhn spades, Porsche clubs and Kolowrat hearts. 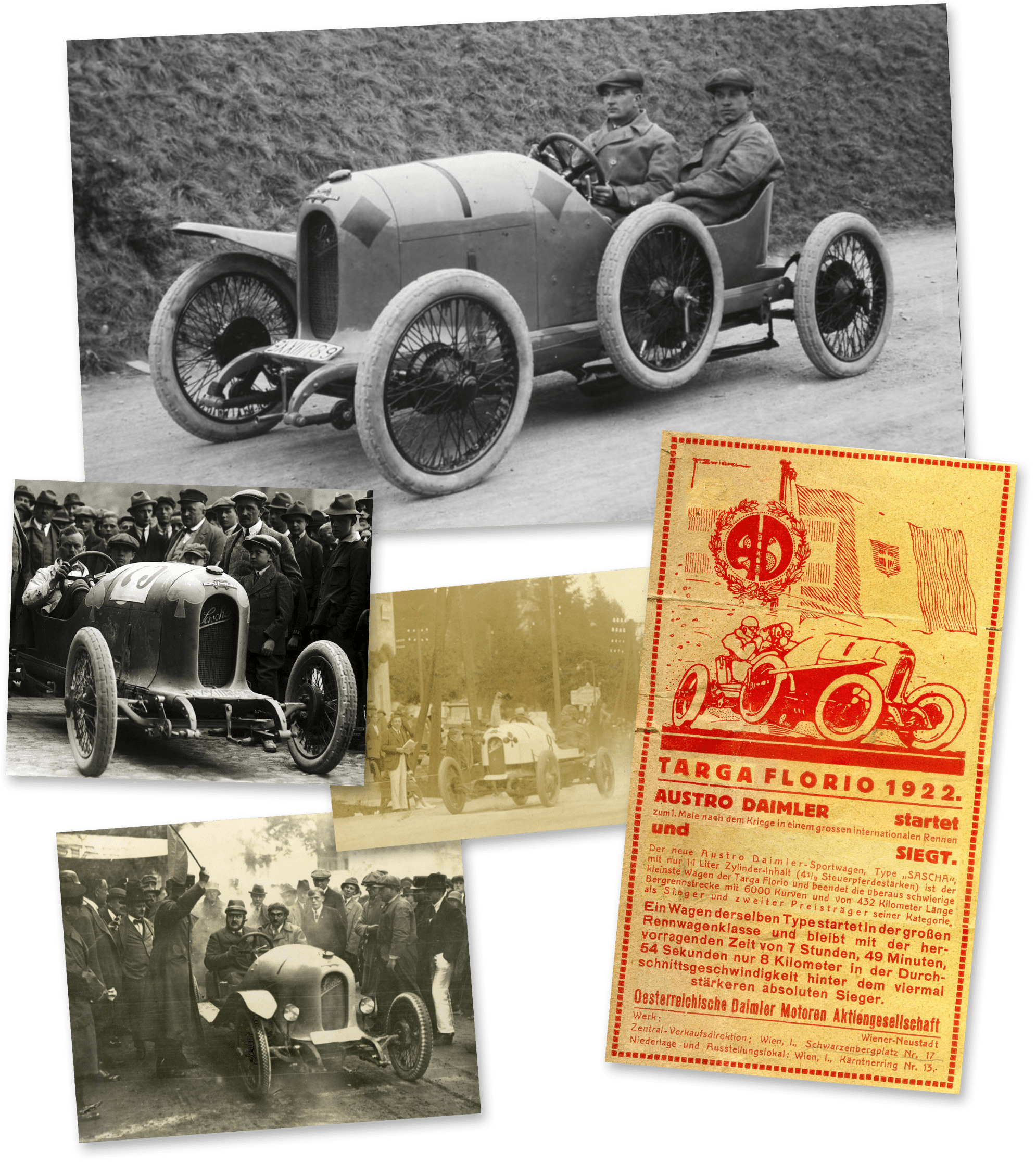 We show you a summary in images of the Sascha, its process and at least little by little, in Velasor, we have been developing and creating the different pieces to scale.

I WANT TO KNOW MORE

Velasor pays homage to the days when motorsport was forging legends.